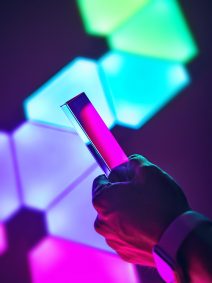 In their negotiation training, police and professional hostage negotiators are taught skills that will help them defuse tense situations over the course of long phone calls, such as engaging in active listening, determining the person’s emotions from his or her inflection, and trust building.

These crisis negotiators are being put to the test by young criminal suspects and others in crisis, whose first instinct increasingly seems to be texting rather than talking, according to an Associated Press article.

Back in 2014, Red Bank, Tennessee, police chief Tim Christol told the Associated Press that the usual negotiation skills he teaches don’t translate to texting, such as emotional labeling in the form of a statement such as “You sound angry.” Without verbal cues, Christol says, it becomes much more difficult to understand the emotional state of the person in crisis, and misunderstandings are common. “Words are only 7 percent of communication,” he says.

Members of the “millennial generation”—people born between the late 1970s and the early 1990s—are often more comfortable with short digital messaging, such as text messages, than they are with face-to-face discussion, suggests research by Livia Levine of the Wharton School at the University of Pennsylvania.

When a hostage taker or other person in crisis insists on texting, crisis negotiators, with no obvious alternative, have little choice but to comply. As a result, Christol and other police and FBI trainers are beginning to teach their trainees to address the specific challenges of negotiating a crisis via text. Their chief goal: get the troubled individual to stop typing and put the phone to his ear.

In 2011, Kalamazoo, Michigan, police negotiator Andres Wells was unprepared when a suspect in a gas station robbery and high-speed car chase who was threatening suicide began ignoring his phone calls and instead sent a text. In his three years as a police negotiator, Wells had never even considered the idea of negotiating via text.

After his initial text, in which he asked the police to contact his girlfriend, the suspect was initially unresponsive. But as Wells continued typing to him, the suspect finally admitted that he would like some water. He eventually let down his guard and agreed to accept a phone call from Wells. Fifteen minutes later, he surrendered.

Studying the results of a game played by “millennial generation” undergraduate and MBA students that included elements of negotiation, Levine found in her research that single-line computer messages elicited more cooperative behavior than did in-person communication.

The ubiquity of electronic communication during their lifetime may lead younger negotiators to naturally prefer e-mail and text messages to face-to-face meetings. And it seems in some cases, they may perform unexpectedly well in these impoverished environments.

What are your takeaways from this negotiation example? Let us know what you think in the comments.

No Responses to “Negotiation Examples: How Crisis Negotiators Use Text Messaging”