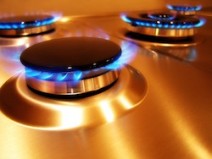 On May 30, the National Basketball Association (NBA) announced it had approved former Microsoft CEO Steve Ballmer’s record-breaking $2 billion offer to buy the Los Angeles Clippers from Shelly Sterling, wife of Clippers owner Donald Sterling. In April, the NBA banned Sterling from the league for life after racist remarks he made during a phone call were made public.

Negotiations to buy the Clippers were fast and furious. Aware that the NBA Board of Governors could have voted to terminate both of the Sterlings’ ownership interests at a meeting scheduled for June 3, Shelly Sterling was eager to sell the team before that date and reportedly was authorized by her estranged husband to negotiate on his behalf. As part of the sale agreement, Shelly Sterling and her family’s trust promised not to sue the NBA and to absolve the league of litigation filed by others, including her husband. Donald Sterling, meanwhile, filed a $1 billion lawsuit against the NBA the day his wife’s deal was announced.

Ballmer’s staggering bid dwarfs the next highest price paid for an NBA franchise, the recent $550 million sale of the Milwaukee Bucks. He reportedly outbid two other groups of bidders, one of which included Oprah Winfrey, entertainment mogul David Geffen, and software tycoon Larry Ellison, and another that included NBA player Grant Hill and a private equity firm.

What motivated Ballmer to offer so much for a losing team? He is recently retired from Microsoft and, after 34 years at the company, appears to be looking for a new passion. A lifelong basketball fan, he spent his downtime playing the game at a sports club near the office or with his kids. Ballmer was part of a group that tried unsuccessfully to keep the Seattle SuperSonics from leaving town, according to Technology Now, and he also joined a failed bid to purchase the Sacramento Kings.

He appears to have been willing to pay almost anything to join the exclusive club of NBA team owners, and this may have been his last shot for years, given the fact that teams rarely go up for sale.

Moreover, the Clippers’ prospects have recently improved, thanks to the departure of Sterling and an influx of stars and a title-winning coach, Doc Rivers. The team is also on the brink of reaping a “huge jump in television dollars” in a few years, according to CNNMoney. Ballmer, who is worth an estimated $20 billion, stands a chance of earning a better return on the team than he would on $2 billion in Microsoft stock.

Based on TV revenues, ticket sales, luxury suites, and advertising, the Clippers may have been worth $1.2-1.6 billion, sports economics professor John Vrooman of Vanderbilt University told the Associated Press. “These [bidders] are perhaps irrational and exuberant but not altogether foolish,” he said. Still, it will likely be more than 30 years before Ballmer or his heirs earn back the $2 billion purchase price on his investment in the Clippers, writes CNNMoney.

In Ballmer’s quest to become an NBA team owner, money appears to have been no object. Those of us who are thinking about bidding on a commodity that comes with a heavy price tag, however, would be wise to keep the following guidelines in mind.

First, don’t focus exclusively on optimistic earnings forecasts of the item up for bid. Rather, seek out a range of estimates of the future value of the commodity. Average them rather than choosing the one that best supports your decision to bid.

Second, avoid negotiating under a tight timeline. Negotiators and bidders in auctions tend to get swept up by their emotions when they don’t have time to carefully think through the repercussions of overbidding. Don’t be the next victim of the “winner’s curse.”

Third, be aware of the effect of status concerns on your judgment. Do you want a commodity because you truly can expect it to enhance your life (and your bank account) over the long term, or are you simply on an illusory quest to impress others? Keep in mind that overpaying for a business or other item may end up tarnishing rather than burnishing your reputation.

No Responses to “For Steve Ballmer, Negotiation Skills Go on the Back Burner”