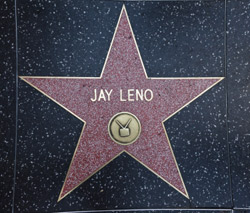 Adapted from “Comedy of Errors: The Late-Night-TV Wars,” first published in the Negotiation newsletter, April 2010.

In 2004, NBC asked Jay Leno, the longtime host of The Tonight Show, to yield the show in five years to Conan O’Brien, his younger rival and host of NBC’s Late Night.

In a public letter, an angry O’Brien rejected the plan. Leno was given his old job back. Just one issue remained: O’Brien’s three-year contract with NBC.

The final deal terms, widely viewed as generous to O’Brien, included a $32.5 million buyout of O’Brien’s contract, a guarantee of $12 million for his staff members, the right for O’Brien to host a show on another network, and a “nondisparagement clause” forbidding O’Brien from bad-mouthing NBC for seven months.

The negotiations in this story offer several important lessons:

•    Don’t gloss over key terms. O’Brien’s contract with NBC didn’t specify a nightly time slot for The Tonight Show. If O’Brien’s lawyers had included this detail, NBC might not have tried to move his show back to 12:05.
•    Prepare for the worst-case scenario. When inking deals with the two hosts, NBC appeared not to have anticipated the possibility that both Leno and O’Brien would suffer in the ratings. Facing the ire of affiliates, NBC scrambled for a plan B, which O’Brien quickly rejected.
•    Show some respect. NBC’s perceived shabby treatment of O’Brien caused a public backlash against the network and Leno. In negotiation, fairness concerns can affect perceptions more than the bottom line.