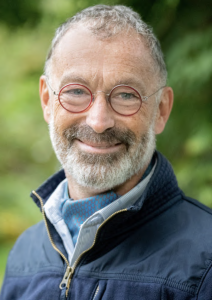 Brandeis University Alan B. Slifka Professor at the Heller School for Social Policy and Management

Visiting Professor at the European University Institute and at Sciences Po

Alain Lempereur promotes his “responsible negotiation” framework worldwide and applies it to leadership, mediation and humanitarian challenges. He has published a dozen books translated into many languages, including The First Move: A Negotiator’s Companion, and Mediation. Negotiation by other Moves. He has also contributed to over 100 articles and book chapters.

For 25 years Lempereur has conducted consulting missions and executive training for a broad range of international organizations, national governments, global consulting firms, and corporations in 70 countries. He has founded negotiation and leadership initiatives in Africa, the Middle East, and Europe. Lempereur was the founding director of IRENÉ – a European negotiation institute he led for fifteen years at ESSEC Business School, where he was the Negotiation and Mediation Chair Professor.

“Negotiating Peace from Inside Out: Spinoza as a Responsible Trump.” Negotiation Journal. (2019), 35(1).