The Peace Process Open Library (BAPP according to its Spanish initials) is an initiative promoted by Fundación Compaz[1], that contributes to a better understanding of the peace talks between the Colombian Government and the FARC (2012-2016) for both a national and international audience. The BAPP presents a digital platform that facilitates the availability, access and use of information related to the talks, providing an understanding of the most important, novel elements and events in the Colombian peace process.

This project emerges from the premise that the issues and practices addressed during the peace talks—their lessons and results—should be made available to the public through new digital tools. The legacy of the peace talks should be handed down to a world in need of ever more models for the negotiation and construction of peace, to those leaders and fields that commit themselves to political negotiation.

The following is a preliminary view of BAPP: 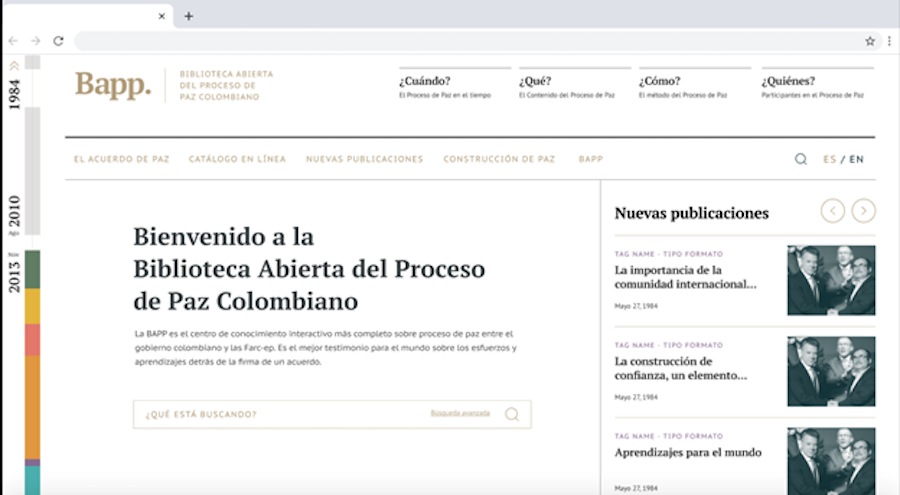 [1] Fundacion Compaz was created on October 2, 2017, by the Nobel Peace Prize winner and former president of Colombia, Juan Manuel Santos, with the purpose of advancing his efforts to build a stable and lasting peace and prevent conflicts in Colombia and around the world.