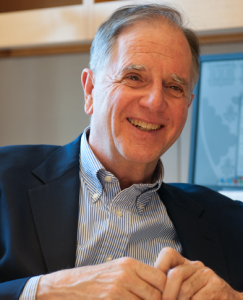 Mike Wheeler has taught negotiation at Harvard Business School since 1993. Over those years, he admits to becoming more skeptical about one-size-fits-all negotiation approaches, whether they’re “win-win” or the “hard bargaining” type. The best negotiators instead improvise as the process unfolds, depending on the situation and who it is that they’re dealing with. Mike will share his insights about crafting agile strategy and being quick on your feet moment-to-moment.

Michael Wheeler has been affiliated with the Program on Negotiation since its founding in 1983. At that time, he was on the faculty of MIT’s Department of Urban Studies & Planning where he co-authored the award-winning text Environmental Dispute Resolution with Larry Bacow. He was editor of PON’s Negotiation Journal for twenty years and author of the book The Art of Negotiation: Improvising Agreement in a Chaotic World.

Wheeler joined the Harvard Business School faculty in 1993 and was named to an endowed chair in 1999. In 2004 he received the Greenhill Award for advancing the mission of the school. His research and teaching there have focused on the dynamic, improvisational nature of negotiation. His perspective extends—and in some respects, challenges—traditional ideas about negotiation strategy and tactics.

In recent years, Wheeler’s work has centered on the use of computer-based technologies to teach, study, and manage negotiations. In 2020 he co-chaired (with Jim Sebenius) PON’s conference on AI, Technology, and Negotiation. He also developed the Negotiation 360 self-assessment/best practice app for iOS and Android devices and cohosts the Agility at Work podcast with Dr. Kimberlyn Leary on popular platforms.