Guiding Combatants from Violence to Politics 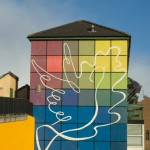 Rev. Dr. Gary Mason has spent 24 years as a Methodist pastor in Belfast and has played an integral role in the Northern Irish peace process. He currently leads church efforts in urban development and inter-community relations while running the largest faith-based redevelopment project in Western Europe. Mason is a close advisor to the UVF and RHC (Protestant paramilitaries) and has helped many ex-combatants move away from violence. He was instrumental in facilitating negotiations with paramilitaries and government officials, and in 2007 his contribution was formally recognized by the Queen. In 2009, Mason’s church was the stage from which Loyalist paramilitaries announced their weapons decommissioning. Mason has spoken in political and academic forums throughout Europe, South Africa, and the U.S. on lessons from the Irish peace process. He has been interviewed on CNN, BBC, ITV, the Methodist Hour, and various radio programs. He holds a PhD in Psychology from the University of Ulster, a graduate degree in Theology from Queens University, and a Bachelor’s in Business Studies from the University of Ulster.﻿