April 2021: a note about this event: since the airing of this event in December 2020, a controversy has arisen over altered quotes in the film “Til Kingdom Come.” A planned showing of the film on PBS scheduled for March 2021 was postponed pending a review, which as of today is ongoing. More information about the review and decision can be found in this story from the PBS Public Editor: https://www.pbs.org/publiceditor/blogs/pbs-public-editor/kingdom-come-but-not-now/.

The Program on Negotiation at Harvard Law School, the Harvard Negotiation Project, and the Middle East Negotiation Initiative
are pleased to present: 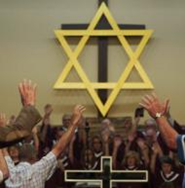 And then to join us for a

Gregory Khalil
Co-founder and President of the Telos Group 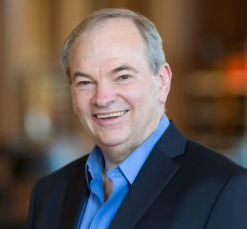 In this provocative look at strange political bedfellows, Emmy-winning Israeli filmmaker Maya Zinshtein investigates the political alliance between many American evangelicals, the Trump administration and Israel’s right wing government. With amazing behind-the-scenes footage, this documentary highlights how, driven by religious prophecy, these evangelicals profoundly influence US foreign policy in the Middle East and have an impact on Israeli-Palestinian negotiations, as well as on efforts to stabilize the region.

Maya Zinshtein is an Emmy Award-winning Israeli documentary filmmaker and journalist. Among numerous prestigious awards, Zinshtein was named Best Director at the 2016 Jerusalem Film Festival for her acclaimed documentary FOREVER PURE, which later went on to win an Emmy Award for Outstanding Politics & Government documentary in 2018 (Independent Lens/PBS). For the last ten years she has directed and produced documentaries broadcast on Israeli TV and abroad including by Netflix, BBC, ARTE/ZDF, and PBS, and screened at over 100 festivals around the world. An alumna of Sundance Institute, she teaches at Sam Spiegel Film School in Jerusalem and serves on the jury of Israeli and film festivals.

Abraham (Abie) Troen is an award winning documentary filmmaker, producer and D.O.P. He has led documentary projects in Israel, Kenya, India, Mexico and the US.  His documentary work  screened at TIFF, SXSW, IDFA, Outfest, Doc NYC and was broadcast on NDR and Kan 11 and online for National Geographic, Vanity Fair, CNE and Out Magazine. Abie studied at the Sam Spiegel School in Jerusalem before receiving an MFA from the USC School of Cinematic Arts where he was awarded the Annenberg Fellowship for specializing in documentary producing and cinematography. He currently resides in LA and films on both sides of the Atlantic.

Gregory Khalil is the co-founder and President of the Telos Group, a Washington, D.C.-based non-profit that equips American leaders and their communities to better engage seemingly intractable conflict. Much of Telos’ work has centered on the role of faith leaders and culture shapers in America’s relationship to Israel/Palestine and the broader Middle East. Prior to founding Telos, Greg lived in Ramallah, the West Bank, where he advised the Palestinian leadership on peace negotiations with Israel. Greg is also a founding member and chair of the board of directors of Narrative 4, a global non-profit that seeks to use story and media to cultivate empathy across divides. He has lectured widely on the Middle East and has been published by The Review of Faith & International Affairs and The New York Times. Greg is an Adjunct Professor at Columbia University’s Graduate School of Journalism and a former Affiliate Fellow of Harvard’s Religion, Conflict and Peace Initiative. He graduated from the University of California, Los Angeles and Yale Law School and currently resides in New York City.

James Sebenius specializes in analyzing and advising on complex negotiations. He holds the Gordon Donaldson Professorship of Business Administration at Harvard Business School. In 1993, he took the lead in the School’s decision–unique among major business schools–to make negotiation a required course in the MBA Program and to create a Negotiation Unit (department) which he headed for several years. The Negotiation Unit grew to several full-time negotiation faculty teaching the required course to over 800 students per year as well as offering advanced dealmaking and negotiation courses to MBAs, doctoral students, and executives. The Negotiation Unit subsequently merged with the School’s Organization and Markets Unit to form a new Unit, “Negotiation, Organizations, and Markets (NOM).”

Formerly on the faculty of Harvard’s Kennedy School of Government, Jim also currently serves as Vice Chair and as a member of the Executive Committee of the Program on Negotiation (PON) at Harvard Law School. At PON, he chairs the University’s Great Negotiator Award program, which has intensively engaged with negotiators such as Richard Holbrooke, Lakhdar Brahimi, George Mitchell, and Bruce Wasserstein. He also co-directs a project (with Nick Burns and Bob Mnookin) to extensively interview all former U.S. Secretaries of State—including James Baker, George Shultz, Henry Kissinger, Madeleine Albright, Colin Powell, and Condoleezza Rice—about their most challenging negotiations.