The Program on Negotiation at Harvard Law School and

the Religion, Conflict and Peace Initiative of Harvard Divinity School are pleased to present: 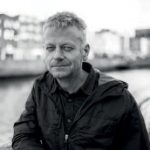 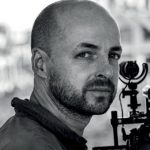 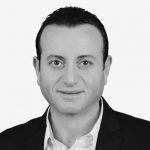 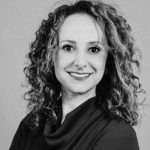 The documentary film GAZA takes audiences to a unique place beyond the reach of television news reports, to reveal a world rich with eloquent and resilient characters. TV director/producer Garry Keane and photographer Andrew McConnell wanted to address the disparity between perception and reality of a land that is so much more than its portrayal in the media.

Their Gaza is a place where smiles, joy and even brief moments of hope are woven with threads of despair, frustration and fatigue, where life moves in cycles, with the weight of the past bearing down on any hope for the future.

GAZA is Ireland’s submission for the best international feature award at the 2020 Oscars.

Garry Keane studied film at the London College of Communication and at the Irish National Film School. After graduating in 1992, he worked as a Director of Photography in New York and London, before finally settling in Ireland, where he has been a documentary filmmaker for the last 25 years. In that time Mr. Keane has directed over 100 hours of TV documentaries for European and American broadcasters in over 20 countries worldwide. In 2011 he set up Real Films and since then his documentaries have been nominated for 11 Irish Film & Television Academy Awards; of these, his films have won four, including two in the “Best Director TV” category in 2013 and 2018.

Andrew McConnell is an award-winning photographer who has been covering world events for over 15 years. His work often focuses on themes of conflict and displacement and has appeared in many of the world’s top publications. Mr. McConnell has worked in-depth on issues such as the Syrian refugee crisis, conflict in the Democratic Republic of Congo, and the forgotten Sahrawi people of Western Sahara, for which he was awarded 1st place at the World Press Photo awards. Based in Beirut, Mr. McConnell has worked throughout the Middle East for the past 8 years. GAZA is his first work as a film maker and follows on from his photographic projects in the besieged territory that began in 2010. Among numerous honors, he has won two 1st place prizes at the World Press Photo Awards, 4 National Press Photographers Association awards, including the prestigious Best of Show, 1st place in the Pictures of the Year International, and 2 Sony World Photography Awards.

Yousef Alzaeem is a current Mid-Career/Master of Public Administration student at Harvard Kennedy School. He recently also earned an Executive-MBA degree from Kellogg School of Management-Northwestern University. Mr. Alzaeem was born and raised in Gaza-Palestine, where he founded Everest Trading Group to manage diverse growing businesses under one investment portfolio. Despite the devastating political and economic deterioration in the Gaza Strip in the last decade, Everest Trading has become a market leader in cement trading and construction and pharmaceutical fields. Prior to establishing Everest, Mr. Alzaeem worked in the telecom industry for nine years where he served as the Sales Manager for the Palestinian Telecommunication Company Paltel. He is an active member at the Palestinian businessmen association, the Palestinian-American Chamber of Commerce, the Gaza Chamber of Commerce, Gaza Sporting Club and Give Gaza Association.

Maria Soledad Rueda Garcia is a dedicated professional humanitarian with over fourteen years of management and technical experience, working in some of the most challenging parts of the world. Most recently, she led operations as Deputy Head of the Sub-Delegation in Gaza for the International Committee of the Red Cross from 2016 to 2018, where she negotiated agreements between Israeli and Palestinian authorities on behalf of the population in Gaza.

Born and raised in San Gil, Colombia, Ms. Soledad has also managed the influx of thousands of refugees along the border of Somalia and South Sudan in Ethiopia and ensured safe conditions at prisons and labor camps in Myanmar. She helped lead relief efforts for detainees in the conflict-stricken Central African Republic and fought the spread of Ebola in Liberia.

In 2019, Ms. Soledad graduated with honors from Harvard Kennedy School, receiving a Master’s degree in Public Administration.  She also holds a master’s degree in development studies with a specialization in peace and conflict from the Graduate Institute of International and Development Studies in Geneva. Ms. Soledad was recently recognized by the Congress of the Republic of Colombia and the Santander Regional Government with the Meritorious Citizen award for her leadership and humanitarian work.