The Program on Negotiation at Harvard Law School and the Abraham Path Initiative are pleased to present:

Impossible Negotiations?
Lessons for Everyday Life from the Abraham Path

A virtual roundtable discussion with: 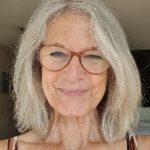 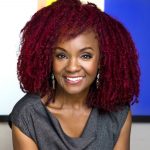 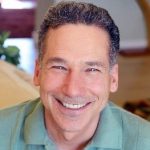 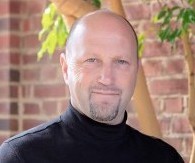 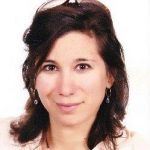 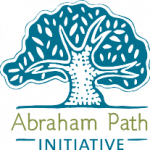 In this increasingly polarized world, we need to discover that we can meet with and listen to each other, even across yawning divides, and ultimately find ways to solve the problems that separate us. In this panel discussion, we will discuss the negotiation lessons for today that come from developing and walking the Abraham Path, a long-distance cultural walking route across the troubled Middle East that retraces the legendary journey, four thousand years ago, of Abraham and his family.

William Ury, Ph.D. is co-author of the seminal Getting to Yes: Negotiating Agreement without Giving In, as well as its sequel, Getting to Yes with Yourself: How to Get What You Truly Want. He is a relentless advocate for reimagining the way we approach even the most intractable global conflicts, co-founding the Global Negotiation Initiative (GNI), and the Experimental Negotiation Initiative (XNI). He is Founder and Chair Emeritus of the Abraham Path Initiative (API).

Joshua Weiss, Ph.D. is program director of Bay Path University’s Master of Science in Leadership and Negotiation, a Senior Fellow at the Harvard Negotiation Project (HNP), co-founder of Global Negotiation Initiative (GNI), and co-founder and current Chair of the Abraham Path Initiative (API). He recently released The Book of Real-World Negotiations: Successful Strategies from Business, Government and Daily Life.

Rha Goddess is THE entrepreneurial soul coach behind hundreds of breakthrough changemakers, cultural visionaries and social entrepreneurs. Her mission? To revolutionize the way we live, work, play and handle our business. From multiple NY Times Bestsellers to multi-million dollar social enterprises, Goddess’s unique methodology has empowered a new generation of conscious entrepreneurs to stay true, get paid, and do good. A sought-after speaker, she has led the conversation around a “whole self” approach to entrepreneurship as the key to a more just and sustainable economy and culture. As Founder & CEO of Move The Crowd, Goddess has leveraged her innovative curriculum to galvanize a movement of 3 Million entrepreneurs dedicated to re-imagining “work” as a vehicle for creative expression, financial freedom, and societal transformation. Goddess’s book, The Calling (St. Martin’s Press) leverages her unique methodology into a step by step blueprint for finding your purpose and making your most profitable contribution.

Susan Collin Marks, Peace Ambassador for Search for Common Ground, has worked in some of the most conflictual places on the planet, including mediating in her native South Africa’s transition from apartheid to democracy; facilitating dialogue across the Middle East; and establishing and supporting peace initiatives in the former Soviet Union, Asia and throughout Africa. Search for Common Ground was nominated for the Nobel Peace Prize in 2018. Marks’s book, Watching the Wind: conflict resolution during South Africa’s transition to democracy, captures the compelling story of how peace can be built in the most intractable conflict.

Claire Hajaj is the Policy Director for Inter Mediate, which works to end conflicts worldwide. For 17 years, she has contributed to humanitarian, political and security strategies to mitigate conflicts in some of the world’s most complex settings. She has worked for the United Nations in Lebanon, Kosovo, Iraq, Myanmar, Nigeria and Pakistan. Hajaj’s Palestinian and Jewish heritage has influenced her writings on conflict which have appeared in Newsweek, the Sunday Times, the New Statesman, the Economist, and Granta, as well as in the form of two novels.

5 Responses to “Impossible Negotiations? Lessons for Everyday Life from the Abraham Path”