Negotiating a Resolution of the Russian-Ukrainian War:
The Moral Dilemmas

Register for the panel discussion is closed.

This session will be recorded. Pending faculty approval, we will post the recording on this page. 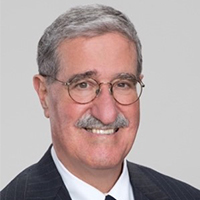 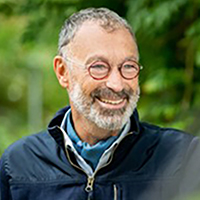 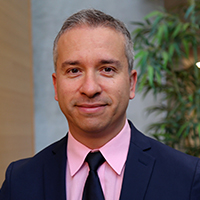 In an unprovoked war of aggression, Ukraine faces a giant foe with the capacity to inflict catastrophic damage on its civilian population.  What role can negotiation play in ending this war, or mitigating its effects? It is easy to imagine the elements of a negotiated deal that might save thousands of lives: in exchange for Russian troops withdrawal, in addition to removing the economic sanctions imposed on Russia, Ukraine would pledge never to join NATO and remain a “neutral nation,” aligned neither with the West nor Russia.  The deal might even cede Crimea, and possibly the eastern provinces to Russia.

Would it be proper to promote such a deal, or like Munich, would this be what Professor Avishai Margalit, might properly characterize as “a rotten compromise,” that is immoral?  Would it not reward Russian aggression?  Quite apart from negotiations to end entirely the bloodshed, what role might negotiation play to mitigate the costs of war, especially for noncombatants? To what extent might deals that provide safe passage and humanitarian aid during a war save lives? Wars pose terrible negotiation dilemmas that this panel will expose and explore.

Robert H Mnookin is the Samuel Williston Professor of Law at Harvard Law School and for twenty-five years served as the Chair of the Program on Negotiation. He directs the Harvard Negotiation Research Project. A leading scholar in the field of conflict resolution, Professor Mnookin has applied his interdisciplinary approach to negotiation and conflict resolution to a wide range of problems, both public and private.

A renowned teacher and lecturer, Professor Mnookin has taught numerous workshops for corporations, governmental agencies and law firms throughout the world and he trained executives and professionals in negotiation and mediation skills. As a neutral arbitrator or mediator, he has resolved numerous complex commercial disputes.

Professor Mnookin has written or edited ten books and numerous scholarly articles.  His most recent books include Kissinger the Negotiator (with J. Sebenius and N. Burns); The Jewish American Paradox: Embracing Choice in a Changing World, and Bargaining with the Devil: When to Negotiate, When to Fight.

Alain Lempereur is the Alan B. Slifka Professor of Conflict Resolution at Brandeis University. He serves as an executive committee member and an affiliate faculty of the Program on Negotiation (PON) at Harvard Law School, and as an affiliate expert of the Harvard Humanitarian Initiative.

He facilitated reconciliation programs in the African Great Lake through the Negotiators of the World project and meetings for Israeli and Palestinian leaders through the PON-supported Negotiation Strategies Institute. He led the Conflict Resolution Program at Brandeis and the European negotiation institute Essec Irene. He also supports negotiation programs at the European University Institute School of Transnational Governance.

He shares his leadership research and field experience in a dozen books, including The First Move. A Negotiator’s Companion and Mediation: Negotiation by Other Moves.

Eugene B. Kogan is an expert in the power dynamics of negotiation. At Harvard Business School, he focuses on how leaders make decisions under pressure. Using his interdisciplinary background in history and international affairs, he also advises executives on how to achieve desired outcomes in high-uncertainty environments and build a shared vision beyond divergent perspectives.

Dr. Kogan, who is a co-author of the book Mediation: Negotiation by Other Moves, is a former Research Director of Harvard’s American Secretaries of State Project and has written extensively about the negotiation lessons of America’s top diplomats from Henry Kissinger to Rex Tillerson.

A first-generation immigrant from Russia, Kogan has lived overseas for 17 years, developing the cultural acumen, relationships, and experience to coach diverse teams. Hundreds of private- and public-sector executives from Europe, Middle East, Asia, and North America have benefitted from his dynamic lectures.

11 Responses to “Negotiating a Resolution of the Russian-Ukrainian War: The Moral Dilemmas”