The Middle East between Trump’s Deal and the Israeli Elections:
A Regional Outlook from Israel 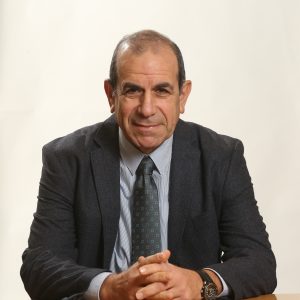 While President Trump’s “Deal of the Century” remains pending, the footprint of the United States in the Middle East is fading, as Russian influence increases. In Israel, general elections in April and Prime Minister Netanyahu’s likely indictment for alleged criminal corruption make the future of the country and the region even less predictable. Gilead Sher will share his analysis from an Israeli perspective and welcome questions and discussion from the audience.

Gilead Sher heads the Center for Applied Negotiations and is a senior researcher at the Tel Aviv Institute for National Security Studies (INSS). Sher was Chief of Staff and Policy Coordinator to former Prime Minister Ehud Barak and served as a senior negotiator at the Camp David summit in 2000 and at the Taba talks that followed. Prior to that, Sher was appointed by Prime Minister Yitzhak Rabin as a delegate to the 1994-5 Israeli-Palestinian Interim Agreement negotiations.

Gilead Sher co-chairs the NGO Blue White Future and chairs the executive board of Sapir Academic College near Sderot, the largest public college in Israel. He is currently the Goldman Visiting Israeli Professor and Israel Studies fellow at Georgetown University and the Brochstein Fellow in Middle East Peace and Security in honor of Yitzhak Rabin at the Baker Institute for Public Policy at Rice University. Previously, Sher was Lecturer on Law at Harvard Law School (Fall 2016), and a guest lecturer at UPenn’s Wharton School.

Gilead Sher authored The Israeli-Palestinian Peace Negotiations, 1999–2001: Within Reach and The Battle for Home, coedited Negotiating in Times of Conflict and (IUP, 2019) Spoilers and Coping with Spoilers in Israeli Peacemaking. Attorney Sher is a senior partner in Gilead Sher & Co., law offices, and serves on several corporate executive boards and public councils. He is an IDF colonel (res.) who served in reserve service as an armored corps brigade commander and a deputy division commander.