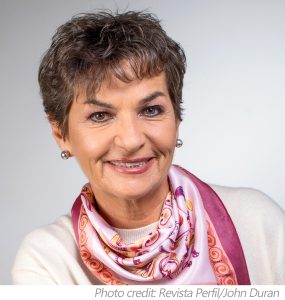 This event is by invitation only. The public session will be accessible to the
general public via livestream.

About the Great Negotiator Award:

The Great Negotiator Award was established in 2000 by the Program on Negotiation at Harvard Law School. This award is presented to individuals whose lifetime achievements in negotiation and dispute resolution have had a significant impact on society. The award seeks not only to honor the extraordinary accomplishments of outstanding negotiators but also to focus public attention on the growing importance of negotiation as an effective way to resolve complex disputes in both the public and private sectors. Over the years, the Great Negotiator Award has recognized a diverse array of distinguished negotiators from around the world.

This year’s honoree is Christiana Figueres, former Executive Secretary of the United Nations Framework Convention on Climate Change. Ms. Figueres will be recognized for her distinguished contributions to the fields of negotiation, diplomacy, and climate change, particularly her extraordinary efforts that resulted in the 2015 Paris Agreement.

Christiana Figueres is a Costa Rican citizen who served as the Executive Secretary of the United Nations Framework Convention on Climate Change from 2010-2016. During her tenure, Ms. Figueres brought together national and sub-national governments, corporations and activists, women’s groups, scientists and spiritual communities, financial institutions and NGOs to jointly deliver the historic 2015 Paris Agreement on Climate Change. Under this Agreement, 195 sovereign governments decided on a collaborative path to limit future global warming to well below 2°C, and strive for 1.5°C in order to protect the most vulnerable in every nation. For this achievement, Ms. Figueres has been credited with forging a new brand of collaborative diplomacy and received multiple awards.

Since then, Ms. Figueres has continued to foster rapid action on climate change. She is the co-author of The Future We Choose, The Stubborn Optimist’s Guide to the Climate Crisis (Penguin Random House 2019) and co-host of the popular podcast Outrage and Optimism. She sits on the Boards of ACCIONA and ACCIONA Energía.

This event is by invitation only. The public session will be accessible to the general public via livestream.