From Saigon to Kabul: Negotiation Lessons Learned and Forgotten 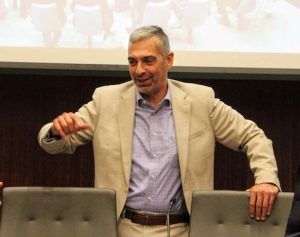 Both the negotiations with North Vietnam (NVA) during the Johnson and Nixon administrations, as well as the Trump administration’s negotiations with the Taliban, illustrate cases of what had previously been perceived as the more powerful party’s ‘exit’ after a costly international intervention. As such, the intervening country negotiates to secure the best terms for its exit and perhaps for its local partner government, while the opposing party seeks to assure the most favorable terms for its victory after the departure.

The United States’ negotiations with the NVA were plagued by a range of domestic pressures and by an adversary whose chief assets included commitment to the cause and a highly corrupt and illegitimate internal adversary in the South Vietnamese government. Despite the U.S.’s best efforts to build legitimacy and help the South Vietnamese govern, it repressed and alienated its own population faster than popular support could be built. The Taliban enjoyed a similar political landscape, as the U.S. commitment to state building for its local partner could not overcome the Afghan government’s lack of popular legitimacy and failings of governance. In both instances, the U.S. lost important opportunities to exit early on, and needlessly squandered its leverage. This lecture explores the parallels between these two cases, which are applicable to a range of other seemingly asymmetric negotiations.

His research, practice and teaching focus on negotiations in zones of conflict; including peace processes, ceasefires and civil society engagement. His practical experience includes Europe, the Middle East, Africa, the Caribbean and Latin America. Since 2010 he has supported the Department of Defense and the United States Institute of Peace in the preparation of military and civilian advisors deploying to Afghanistan, Ukraine, Georgia and other countries. In 2016 he co-facilitated the strategic review session of USAID/OTI’s countering violent extremism portfolio in Nigeria. In 2015 he worked with the National Democratic Institute to advise Syrian civilian opposition groups exiled in Turkey on having a unified posture with regard to the Syrian government, and to build the negotiating capacity of Syrian local councils. He has facilitated several Track II workshops for Palestinian and Israeli official negotiation staff and advisors.

He earned his M.A.L.D. and Ph.D. from the Fletcher School, Tufts University and was a Doctoral Fellow at Harvard Law School’s Program on Negotiation.