Operating Short-Term to Long-Term through the COVID-19 Pandemic: Negotiating a Global Renaissance with Science Diplomacy

A recording of the session is available below. 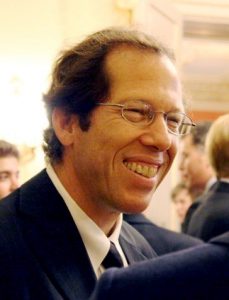 We have lived in a globally-interconnected civilization since World War II, but are still in our infancy to operate on a planetary scale.  We now are in the early stages of the COVID-19 pandemic, when common interests in survival are being expressed across the Earth in the absence of global conflict.  How can we transform our world at local-global levels, evolving beyond this period of nationalism?  How can we respond with informed decisions that couple local-global governance mechanisms and build infrastructure, short-term to long-term?  Defying conventional wisdom, the United States and the Soviet Union cooperated continuously in Antarctica and Outer Space throughout the Cold War, despite the animosities that isolated them in every other sphere.  The lessons from Antarctica — particularly applying science as a tool of diplomacy — reveal that the starting point of negotiations determines the end result.  In Antarctica, the United States and the Soviet Union started from a point of common interests.  This presentation will introduce science diplomacy as an international, interdisciplinary, and inclusive (holistic) process, involving informed decisionmaking to balance national interests and common interests for the benefit of all on Earth across generations.  Skills, methods, and theory of informed decisionmaking will be discussed with common-interest building as an essential negotiation strategy, triangulating education, research and leadership with science diplomacy as a language of hope.

Paul Arthur Berkman is a science diplomat who applies, trains, and refines informed decisionmaking to balance national and common interests of mankind.  After wintering in Antarctica on a SCUBA research expedition with Scripps Institution of Oceanography, Berkman became a Visiting Professor at the University of California Los Angeles at the age of twenty-four. His expeditions led him to all seven continents before the age of thirty.  During the intervening years, Berkman received his master’s and doctorate as a National Science Foundation graduate fellow at the Graduate School of Oceanography, University of Rhode Island.  A decade later, he wrote the textbook Science into Policy.  As a Fulbright Distinguished Scholar at the University of Cambridge, Berkman chaired the Antarctic Treaty Summit at the Smithsonian Institution in 2009, resulting in the book Science Diplomacy (2011).  As Head of the Arctic Ocean Geopolitics Programme at the University of Cambridge, he co-directed the first formal NATO-Russia dialogue regarding Environmental Security in the Arctic Ocean, which became the title of a book with over 65,000 downloads.  Berkman also co-convened and chaired the 1st and 2nd International Dialogue on Science and Technology Advice in Foreign Ministries in Austria (2016) and France (2017). He currently coordinates the Arctic Options/Pan-Arctic Options projects involving support from national science agencies in the United States, Russian Federation, Norway, France, China and Canada (2013-present).

Berkman joined the Fletcher School of Law and Diplomacy in 2015 as Professor of Practice in Science Diplomacy and founding Director of the Science Diplomacy Center at Tufts University, providing training of science diplomacy among university networks, national diplomatic academies, and through the United Nations Institute for Training and Research (UNITAR). His common-interest building is reflected most recently with the book Baseline of Russian Arctic Laws (2019) and the new book series Informed Decisionmaking for Sustainability which launched its first volume on Governing Arctic Seas: Regional Lessons from the Bering Strait and Barents Sea (2020).

For his international, interdisciplinary and inclusive (holistic) contributions, Berkman has been honored with awards in the United States, United Kingdom, Russian Federation, Norway, New Zealand and Japan.  Paul is happily married with two daughters.