When Should Law Forgive?
Treatments of Crime, Debt, and Restorative Justice 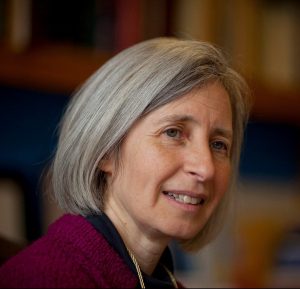 Crimes and violations of the law require punishment, and our legal system is set up to punish, but what if the system was recalibrated to also weigh grounds for forgiveness? What if something like bankruptcy―a fresh start for debtors―were available to people convicted of crimes?  When should pardons and executive discretion be used and how can their use better guard against systemic disparities in race and class?  Should restorative justice grow and draw on lessons from antiracism efforts?

Martha Minow is the 300th Anniversary University Professor at Harvard University where she has taught at Harvard Law School since 1981, where she served as dean from 2009-2017. Her courses include advanced constitutional law; fairness and privacy; family law; international criminal justice; law and education; and law, justice; and design. An expert in human rights, constitutional law, and advocacy for members of racial and religious minorities and for women, children, and persons with disabilities, she also writes and teaches about media policy, privatization, technology and ethics, military justice, and ethnic and religious conflict.

She is the author of many scholarly articles and books, including Saving the News (2021); When Should Law Forgive? (2019); In Brown’s Wake: Legacies of America’s Constitutional Landmark (2010); Between Vengeance and Forgiveness: Facing History After Genocide and Mass Violence (1998); and Making All the Difference: Inclusion, Exclusion, and American Law (1990).

Professor Blum served with the Israel Defense Forces as a senior legal advisor in the International Law Department, Military Advocate General’s Corps, where she was involved in the Israeli-Arab peace negotiations, Israeli strategic cooperation with foreign forces, and the administration of the Palestinian occupied territories. She later joined the Israeli National Security Council, Prime Minister’s Office, as a strategy advisor.