Our Brains at War:
The Neuroscience of Conflict and Peacebuilding

A virtual talk with: 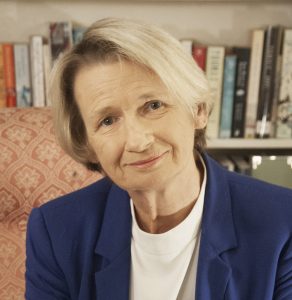 Professor Fitzduff’s book, Our Brains at War: The Neuroscience of Conflict and Peacebuilding (Oxford University Press 2021) suggests that we need a radical change in how we think about war, leadership, and politics. Most of us, political scientists included, fail to appreciate the extent to which instincts and emotions, rather than logic, factor into our societal conflicts and international wars. Many of our physiological and genetic tendencies, of which we are mostly unaware, can all too easily fuel our antipathy towards other groups, make us choose ‘strong’ leaders over more mindful leaders, assist recruitment for illegal militias, and facilitate even the most gentle of us to inflict violence on others. Drawing upon the latest research from emerging areas such as behavioral genetics, biopsychology, political psychology, and social and cognitive neuroscience, the book identifies the sources of compelling instincts and emotions, and how we can acknowledge and better manage them so as to develop international and societal peace more effectively.

Mari Fitzduff is Professor Emerita and founding director of the master’s professional programs in Conflict Resolution and Coexistence at Brandeis University. Previously she was Chair of Conflict Studies at Ulster University in Northern Ireland where she was Director of UNU/INCORE, a United Nations research body examining the many ways in which conflicts can be mitigated or ended. From 1990-97 she was the founding Chief Executive of the Northern Ireland Community Relations Council, a semi-public body that funded and helped develop conflict resolution programs with government, statutory bodies, trade unions, churches, community groups, security groups, paramilitaries, prisoners, businesses, and politicians. In 1988, along with some colleagues, she set up the Northern Ireland Mediation Network which undertook the mediation of many of the necessary community and political mediations that eventually led to the Belfast Agreement in 1998.

Fitzduff has worked on conflicts in the Basque Country, the Caucasus, Sri Lanka, Middle East, Indonesia, Crimea, Korea, Japan, Cameroon, Philippines, Peru, and Colombia. Her books include Fitzduff, M and Stout, C. (Eds) The Psychology of Resolving Global Conflicts: From War to Peace. 3 Vols. Praeger Press (2005.) Fitzduff, M.(Ed) ‘Why Irrational Politics Appeals: Understanding the Allure of Trump’ (2017), Fitzduff, M and Williams, S. Dialogue in divided societies: Skills for working with groups in conflict (2019.) Her most recent book is Our Brains at War: The Neuroscience of Conflict and Peacebuilding (2021) published by Oxford University Press.