What is Dignity? Narratives of Karama in the 2011 Arab Spring Uprisings in Egypt 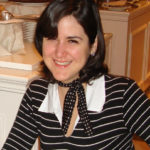 Dignity or karama in Arabic is a nebulous concept that challenges us to reflect about various issues such as identity, human rights, and faith. Dr. Bernoussi’s research was prompted by this challenge at a time when the region of North Africa and the Middle East was drifting in the socio-political event of the ‘Arab Spring’. The main motivation in the research was to investigate understandings of karama in the specific context of Egypt during the 2011 protests. To do so, the focus was on interviews with participants in the 2011 protests and analysis of art forms that emerged during protests and in which there was an explicit expression of dignity/lack of dignity.

Dr. Zaynab El Bernoussi is a Fulbright Visiting Scholar at the Weatherhead Center for International Affairs at Harvard University and Assistant Professor of International Studies at the School of Humanities and Social Sciences, Al Akhawayn University. Zaynab switched from a career in public finance after graduating from IE Business School and Columbia University to study postcolonial development at the University of Hong Kong. She received her PhD in political and social sciences from the Université Catholique de Louvain. Her research interest in postcolonial development focuses on the institutional and cultural relationship between state and society. Zaynab received the Carnegie Fellowship in Support of Arab Social Sciences in 2014 and the Arab Prize for the Social Sciences and Humanities in 2015.