Putin, Crimea – Back to the USSR? 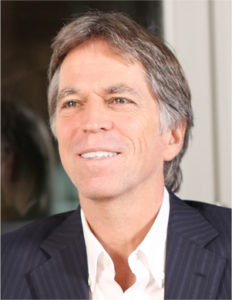 Bruce Allyn is currently a Senior Fellow at the Harvard Negotiation Project and Adjunct Faculty member at the University of Oregon Law School. For three decades, he has served as a strategic adviser and negotiation trainer to national and state governments and Fortune 500 companies. He has held positions as Director, Harvard-Soviet Joint Study; Associate Director, Harvard Strengthening Democratic Institutions Project; Program Director, Conflict Management Group; Consultant to NBC and ABC News; Partner, Monitor Group and Officer of Harvard University. His current research focuses on negotiation and strategies for nonviolent action and facilitating dialogue on environmental sustainability across for-profit, nonprofit and government boundaries.

Jill Dougherty worked for CNN from 1983 until December 2013, most recently as foreign affairs correspondent based in Washington, D.C. She also served as White House correspondent, Moscow bureau chief, U.S. affairs editor for CNN International, managing editor for CNN International Asia Pacific and Midwest correspondent based in Chicago. Prior to CNN, Dougherty was correspondent for WMAQ-TV in Chicago and has done freelance assignments for NPR andTime magazine. She began her career as a broadcaster and writer for Voice of America, USSR division. While at the Shorenstein Center, she will be writing a paper on the relationship between the Russian government and the media.