The Land Beyond:
1000 Miles of Negotiations through the Heart of the Middle East 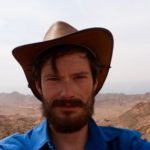 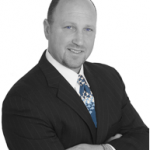 In December 2015, Leon McCarron set off from Jerusalem to walk 1000 miles through the heart of the Middle East. The five-month-long journey took him through the rolling green hills and terraced olive groves of the West Bank; the deep chasm-like wadis and ancient kingdoms of Jordan; and vast, rugged deserts of the Sinai Peninsula.

Along the way Leon walked on a series of new and audacious hiking trails in the region, collecting the thoughts and stories of the people that he met, and exploring the rich past, tense present and uncertain future of the region. He also looked at how contemporary borders and checkpoints have affected the land and its peoples, and the role of walking as a possible way to make divided lands feel whole again. Working on the premise that the brain works best at 3 miles per hour, this talk will explore the various layers of culture, history, faith and politics at work in the bubbling cauldron of one of the most complex and compelling places on earth – the Holy Land.

Leon McCarron is a Northern Irish adventurer and storyteller. He shares his journeys through his writing, films, radio productions and motivational speaking. He is a Fellow of the Royal Geographical Society, an advisor to the Ted Simon Foundation, a winner of the 2017 Neville Shulman Challenge Award, and he specializes in long distance, human-powered expeditions.

In Winter 2011-2012 Leon walked 3000 miles across China, filming for a National Geographic TV show along the way. The journey took him six months; walking a marathon a day for six days a week and carrying a 30kg pack. Two days after returning home, Leon was honored to carry the Olympic Flame along a section of the Northern Irish coast as part of the London 2012 relay.

Previous to this he rode a bicycle 14,000 miles from New York to Hong Kong, documented in a television show which is currently airing in over 60 countries worldwide. At the end of 2012 he trekked 1000 miles through the Empty Quarter desert in Oman, following in the footsteps of the late British explorer Sir Wilfred Thesiger. A feature length film entitled ‘Into the Empty Quarter’ was premiered at the Royal Geographical Society in London in 2013. His recent journeys include following the longest river in Iran from source to sea (documented in ‘Karun’), and travelling across Argentina on horseback to investigate the imminent demise of the last free-flowing glacial river in Patagonia. His first book, The Road Headed West, is an Amazon Top 10 Bestseller, and his most recent book, The Land Beyond, was published in September 2017.