The Middle East Negotiation Initiative and the Program on Negotiation Brown Bag Lunch Series is pleased to present: 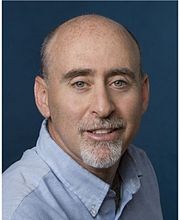 Please bring your own lunch. Drinks and dessert will be provided.

Intermittent negotiations over two decades between Israel and its neighbors have been only partially successful.  The region’s environment constitutes an area where progress very frequently requires cooperation in a transboundary context.  Presumably, ecology and natural resources could and should offer a rich menu of confidence building measures to strengthen the broader framework of peace negotiations.  Several civil society initiatives have been launched to expedite such cooperation on the ground, characterize common environmental challenges or lobby for more focused environmental agreement.  These initiatives will be assessed with regards to their potential to influence the present round of negotiations.  A shadow agreement for environmental protection, prepared between the speaker and Mohammad El-Khmaidi, the past director of the Palestinian Ministry of the Environment, will be presented along with an evaluation of the obstacles to its adoption and implementation.

Since 2006, Tal has chaired the bi-annual Conference on Drylands and Desertification at Ben Gurion University in conjunction with UNESCO and the United Nations Convention to Combat Desertification —bringing together 600 participants from 63 countries to consider key issues involving sustainable development in the drylands. In 2010, he became chair of Israel’s green political party, “The Green Movement,” which emerged as a promising new party in Israel’s 2009 elections.

Tal received his Ph.D. from Harvard University, and has written and edited six books and published over a hundred academic articles, chapters and reports. His most recent book, Water Wisdom: Preparing The Groundwork For Cooperative And Sustainable Water Management In The Middle East, was jointly edited with Professor Alfred Abed Rabbo and published by Rutgers University Press in 2010.

Tal’s most recent book, “All the Trees of the Forest – Israel’s Woodlands from the Bible to the Present,” will be published in 2013 by Yale University Press.

No Responses to “Building Peace Through Environmental Activism: The Relationship of Confidence Building Measures to Formal Negotiations”