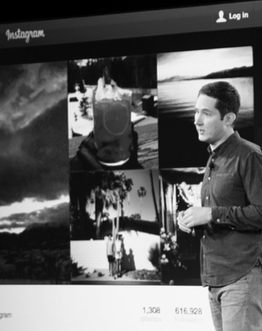 While a student at Stanford University in the mid-2000s, Kevin Systrom met Facebook founder and CEO Mark Zuckerberg at gatherings on campus. Though Systrom declined Zuckerberg’s proposal that he drop out of school and take a job with Facebook, the two men kept in touch by phone in the years following. After Systrom launched photo-sharing

Learn how to deal with difficult people and problems in our three-day Negotiation and Leadership course, held September 15–17 in Cambridge, Massachusetts. Visit www.executive.pon.harvard.edu to find out more.

Anger and sadness in negotiation