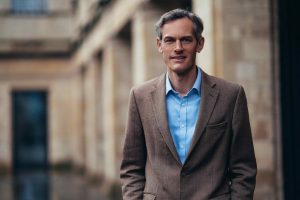 Visiting Fellow, Program on Negotiation at Harvard Law School
Adviser to the United Nations Special Envoy for Yemen
Director of the Center for Empathy in International Affairs

As a Fellow at the Belfer Center for Science and International Affairs in Harvard University’s Kennedy School (2012-2014), which involved research on empathy and foreign policymaking, and Senior Lecturer at the Fletcher School of Law and Diplomacy, Tufts University, Waldman taught the mediation of armed conflict. He was also previously a Fellow at Harvard’s Carr Center for Human Rights and a Visiting Fellow at Clare College, Cambridge University.

Waldman trained as a UK lawyer with Norton Rose Fulbright and holds a master’s degree in human rights from the London School of Economics. He has held senior foreign affairs positions in the UK and European parliaments, was Oxfam International’s Head of Policy in Afghanistan and co-directed the Opportunity in Crisis initiative on Afghanistan at Chatham House.

Waldman has published a range of articles on foreign policymaking, conflict resolution and empathy in international affairs. His latest publication is War and Peace in Somalia, an edited volume endorsed by the UN Secretary-General.