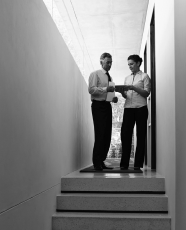 This July, Iran and a group of six other nations led by the United States announced they had reached a deal to curb Iran’s nuclear program for more than a decade in exchange for the removal of financial sanctions. The deal, 20 months in the making, received both praise and pans in the United States:

Selling the deal back home

Learn how to deal with difficult people and problems in our three-day Negotiation and Leadership course, held September 15–17 in Cambridge, Massachusetts. Visit www.executive.pon.harvard.edu to find out more.