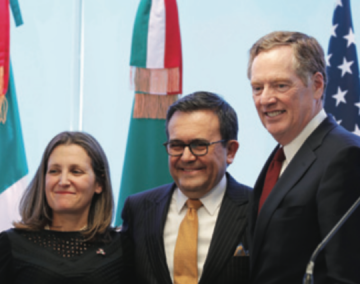 During the 2016 presidential campaign, then-candidate Donald Trump blamed the trilateral North American Free Trade Agreement (NAFTA) among Canada, Mexico, and the United States for the U.S. trade deficit with Mexico and lost American manufacturing jobs. Upon taking office, Trump said he was determined to either renegotiate NAFTA or walk away from the pact. Mexican president