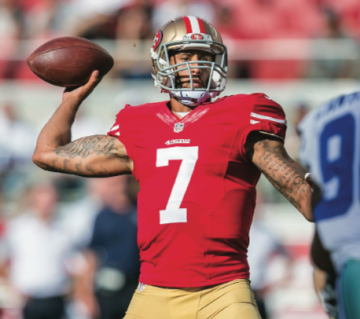 Looking back, it’s almost hard to imagine, but when then–San Francisco 49ers quarterback Colin Kaepernick began sitting down for pregame performances of “The Star-Spangled Banner,” no one noticed. He’d sat through two national anthems during the 2016 preseason before reporters asked him about it. Citing racial oppression and police brutality, Kaepernick explained that he planned