Getting to Yes in Challenging Times 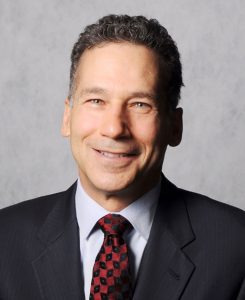 In these times of multiple crises — health, economic, and political—conflict is escalating all around us, threatening all we hold dear. Whether the fight is in the family, at work, or in the larger society, how can we start to lower the temperature, work through our differences, and get to yes?

William Ury is one of the world’s leading experts on negotiation and mediation. As co-founder of the Program on Negotiation, he is a driving force behind many new negotiation theories and practices. Ury is the co-author with Roger Fisher and Bruce Patton of Getting to Yes, a 15-million-copy bestseller translated into more than 35 languages, and the author of several other books including the award-winning Getting to Yes with Yourself.

Over the last four decades, Ury has served as a negotiation advisor and mediator in conflicts ranging from the Cold War to ethnic and civil wars in the Middle East, Chechnya, Yugoslavia, and, most recently, in Colombia, where he serves as a senior advisor to President Juan Manuel Santos. In addition to teaching negotiation and mediation to tens of thousands of executives, Ury is the founder of the Abraham Path Initiative, which seeks to bring people together across cultures by opening a long-distance walking route in the Middle East that retraces the footsteps of Abraham and his family. In recognition of his work, he has received the Cloke-Millen Peacemaker Award, the Whitney North Seymour Award from the American Arbitration Association, and the Distinguished Service Medal from the Russian Parliament.

3 Responses to “William Ury – Getting to Yes in Challenging Times”