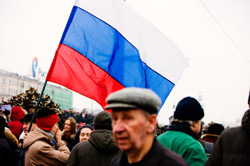 Brigadier General Kevin Ryan (U.S. Army retired) is Executive Director of the Belfer Center for Science and International Affairs at Harvard Kennedy School. He was previously a senior fellow at the Belfer Center focusing on U.S. and Russian military and security issues. Most recently he was the founding director of the center’s U.S.-Russia Initiative to Prevent Nuclear Terrorism, where he continues to facilitate U.S.-Russian cooperation.

A career military officer, he has extensive service in air and missile defense, intelligence, and political-military policy areas. He served as Senior Regional Director for Slavic States in the Office of Secretary of Defense and as Defense Attaché to Russia. He also served as Chief of Staff for the Army’s Space and Missile Defense Command and as Assistant Professor Russian Language, United States Military Academy. He has commanded at every level from platoon to brigade.  In his last active duty assignment BG Ryan was responsible for Army Strategic War Plans, Policy, and International Affairs.

Ryan has also been a fellow at Harvard Kennedy School’s Shorenstein Center on Press, Politics and Public Policy and was Vice President for Business Development at iRobot Corporation. He is a member of the Board of the American Councils for International Education: ACTR/ACCELS and a member of the Board for the Belfer Center. Ryan holds a bachelor of science degree from the U.S. Military Academy and masters degrees from Syracuse University and the National War College.  He and his wife Kathryn have five children.

Prior to joining the Belfer Center, Saradzhyan worked as a researcher for East West Institute and as a consultant for the United Nations Office for the Coordination of Humanitarian Affairs (OCHA), conducting field research and co-writing a scenario-planning report on the situation in the North Caucasus.

Simon has also worked as deputy editor of the Moscow Times and as Moscow correspondent for Defense News. He has contributed scores of articles to other publications, ranging from the Times of London to Space News, earning certificate of merit from the commander of the Russian Strategic Missile Forces for his coverage of Russia’s military affairs.

As an editor, he led coverage of such dramatic events in Russia as the Dubrovka and Beslan-hostage taking crises. As a reporter, Simon has covered a number of milestone security events in Russia on the ground, including the October 1993 coup and the 1999 apartment bombings in Moscow.

Saradzhyan is the author of a number of papers on terrorism and security. In his capacity as an expert, Saradzhyan has appeared on BBC, CBS, NPR, AP and Reuterstelevison as well as on Russian radio and television stations.  He co-founded and served as the first president of Harvard Club of Russia in 2004-2006.

Saradzhyan earned a Masters in Public Administration the John F. Kennedy School of Government in 2002.

The 2011-2012 Herbert C. Kelman Seminar on International Conflict Analysis and Resolution series is sponsored by the Program on Negotiation, the Nieman Foundation for Journalism, the Joan Shorenstein Center on the Press, Politics, and Public Policy, The Weatherhead Center for International Affairs, and Boston area members of the Alliance for Peacebuilding. The theme for this year’s Kelman Seminar is “Negotiation, Conflict and the News Media”.