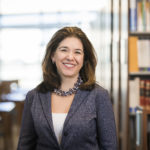 Much research has been done to show the gender differences in negotiation. Advice up to this point has primarily focused on women—how to be more assertive or how to be more like men. On the other hand, more recent research shows that, in fact, men are punished even more severely for aggressive or bullying behavior in negotiation. In addition, while research often celebrates the perceived advantage that women have in terms of empathy or trustworthiness, the same research has not yet been used to provide more specific advice for what men need to do better in negotiation. This talk will bring these strands of research together in order to show not only the general differences between behaviors labeled as masculine and feminine in negotiation but also to outline lessons for effectiveness.