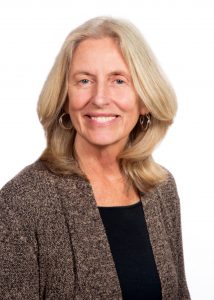 Donna Hicks, Chair of the Herbert C. Kelman Seminar, will interview Susan Hackley, who has managed the Program on Negotiation at Harvard Law School since 2001. Under Susan’s leadership, PON has significantly increased its outreach to people around the world through innovative programs. She plans to retire at the end of December and will reflect on her experiences as well as challenges that remain for the field.

Susan Hackley has been Managing Director of the Program on Negotiation at Harvard Law School since 2001.  PON, a consortium program of Harvard, MIT, and Tufts University, has since the 1980s played a leadership role in developing the field of negotiation and dispute resolution.  In her role at PON, Hackley oversees all operations and activities, which include a wide range of public events, educational programs, research seminars, publications, and executive education courses.

A graduate of the Harvard Kennedy School, Hackley has taught negotiation and communication in China, Singapore, Italy, Slovakia, Belgium, Denmark, Spain, and the United States.  Before joining PON as Managing Director, she co-founded an Internet company, Givenation.com, an e-philanthropy portal dedicated to helping people connect to causes they care about. Prior to that, she worked in politics as a policy analyst and speechwriter for numerous political candidates and served as Communications Director of the Massachusetts Democratic Party.

Her interests include examining the role of journalists reporting on wars, and how important (but often overlooked and untold) is the work of conflict management professionals in preventing or managing the aftermath of war. She also has drawn connections between the fields of negotiation and nonviolent action, in her view the two best methods humanity has developed for dealing productively with conflict.

She produced and directed a documentary film, “Veteran Children: When Parents Go To War,” about the impact of war on America’s children and families. The film premiered on Indiana public television in April 2019 and has won numerous awards.

She served as Chair of the Board of Trustees of the Alliance for Peacebuilding, a Washington, D.C.-based nonpartisan network of organizations working around the world to end violent conflict and sustain peace.