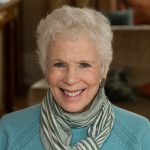 Pam Steiner will draw on learnings from her recently-released book, Collective Trauma and the Armenian Genocide: Armenian, Turkish and Azerbaijani Relations since 1839. The relations of these peoples have often been violent and existentially threatening, and hence comprised of major traumatic events. Steiner will offer analysis and proposals for change in such situations. The talk will also touch on some of the still potentially inspiring commonalities among these three peoples that were unsuccessfully promoted by historical actors aiming to improve intergroup relations.

Pam Steiner has convened and facilitated conflict resolution workshops for Jewish Israelis and Palestinians, and for Armenians and Turks.  She is also a trauma psychologist and group psychotherapist in private practice. She is a great-granddaughter of Henry Morgenthau, US ambassador to the Ottoman Empire from 1914-1916, serving in Constantinople/Istanbul just before and during the most intense period of destruction of the Armenian people by the Ottoman government. Morgenthau became—and remains today —a hero to the Armenian people due to his persistent efforts to prevent the annihilation intended for them.

Steiner is a Senior Fellow at the FXB Center for Health and Human Rights, at the TH Chan School of Public Health, Harvard University.