Getting to Yes with North Korea? 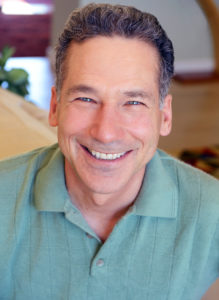 With an impending summit between President Trump and Kim Jong-un, what are the obstacles in the way of a negotiation process and how can they be creatively overcome?

William Ury, co-founder of Harvard’s Program on Negotiation, is one of the world’s leading experts on negotiation and mediation.

He is co-author with Roger Fisher and Bruce Patton of Getting to Yes, a fifteen-million-copy bestseller translated into over thirty-five languages, and the author of Getting Past No, The Power of a Positive No, The Third Side and, most recently, the award-winning Getting to Yes with Yourself.

Over four decades, Ury has served as a negotiation adviser and mediator in conflicts ranging from the Cold War to ethnic and civil wars in the Middle East, Chechnya, Yugoslavia, and most recently in Colombia, where he serves as a senior advisor to President Juan Manuel Santos. During the Cold War, Ury served as a consultant to the Crisis Management Center at the White House, helping to create nuclear risk reduction centers. He has taught negotiation and mediation to tens of thousands of corporate executives, labor leaders, diplomats, and military officers around the world.

Ury is founder of the Abraham Path Initiative, which seeks to bring people together across cultures by opening a long-distance walking route in the Middle East that retraces the footsteps of Abraham and his family. ABC’s Christiane Amanpour calls the Abraham Path “an unprecedented initiative to break down barriers and foster communication in the most divided region of the world.” Ury has a popular TED talk about the Abraham Path, entitled “The Walk from No to Yes.” He is also co-founder of the Climate Parliament, which unites parliamentarians around the world with civil society to bring about a transition to renewable energy.

Ury is the recipient of the Cloke-Millen Peacemaker Award, the Whitney North Seymour Award from the American Arbitration Association, and the Distinguished Service Medal from the Russian Parliament. His work has been widely featured in the media, including the The New York Times, the Financial Times, the CNN, and BBC.

Trained as a social anthropologist, Ury has a B.A. from Yale and a Ph.D. from Harvard. He is currently a Senior Fellow of the Harvard Negotiation Project.