The Program on Negotiation at Harvard Law School and the Middle East Negotiation Initiative
are pleased to present:

The session will be recorded. Pending faculty approval, we will post the recording
on this page after the session. 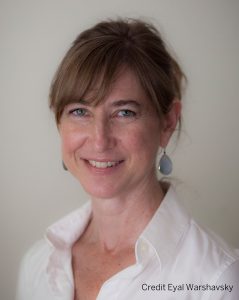 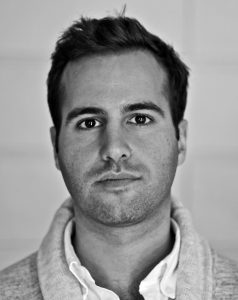 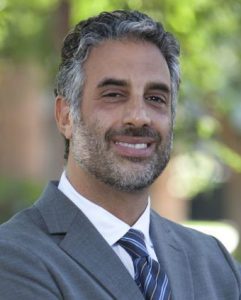 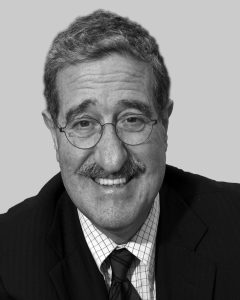 Two main ideas for resolving the Israeli-Palestinian conflict, the one-state and two-state solutions, are increasingly discredited. Israelis fear that a combined, single state would lose its Jewish character; Palestinians fear that it would be a Jewish apartheid state. Changes on the ground make a separation into two states increasingly difficult, even if desirable. Nor is maintaining the status quo necessarily tenable over the long run. Consequently, the idea of a confederation between Israelis and Palestinians living between the Mediterranean Sea and the Jordan River has emerged as a third option. Our panelists, Dr. Dahlia Scheindlin, Omar Rahman and Professor Omar Dajani, will present the rationale for such a confederation, discussing potential benefits and challenges. Harvard Law School Professor Robert Mnookin will chair and moderate the discussion.

Dr. Dahlia Scheindlin is a public opinion expert and strategic consultant with twenty years of experience, specializing in liberal and progressive social causes. She has advised eight national campaigns in Israel and has worked in 15 other countries. Dr. Scheindlin conducts research and policy analysis on the Israeli-Palestinian conflict, regional foreign policy, democracy, human rights and civil rights, minority issues, religion and state, domestic political analysis, comparative conflict and comparative politics. Her clients include a long list of local and international civil society groups, think tanks and political actors. She has regional expertise in the Balkans and Eastern Europe, particularly post-conflict societies and transitional democracies. Dr. Scheindlin holds a Ph.D from Tel Aviv University. She has been an adjunct lecturer at Ben Gurion University of the Negev, Tel Aviv University, the Jezreel Valley College, and Eastern Mediterranean University in Cyprus. She is a co-founder at +972 Magazine and is a member of the Advisory Board of Jewish Currents magazine. Dr. Scheindlin is currently a fellow at The Century Foundation and a visiting scholar (non-resident) at the Y & S Nazarian Center for Israel Studies at UCLA. She co-hosts The Tel Aviv Review podcast and in 2021 co-hosted the Election Overdose podcast at Haaretz newspaper.

Omar H. Rahman is a writer, political analyst and journalist focused on Middle East politics and American foreign policy. Between 2019 and 2021, Rahman was a visiting fellow at the Brookings Institution’s Doha Center, where he researched and wrote about the Israeli-Palestinian conflict, as well as the Arab Gulf and the intersection between the two. He frequently speaks at events for his expertise on the Middle East region and briefs policymakers. His work has been published in The Washington Post, Foreign Policy, The Guardian, Rolling Stone, Lawfare, The National Interest, and World Politics Review, among others. Rahman is currently writing a book about Palestinian de-fragmentation in the post-Oslo era.

Omar Dajani is a professor of law, and co-director of the University of the Pacific law school’s Global Center for Business & Development and International Certificate of Concentration. He is recognized as a leading expert on legal aspects of the Palestinian-Israeli conflict. Dajani began his legal career by clerking for Judge Dorothy W. Nelson on the United States Court of Appeals for the Ninth Circuit and working as a litigation associate at the Washington, D.C., office of Sidley & Austin. In 1999, Dajani was recruited to serve as a legal adviser to the Palestinian negotiating team in peace talks with Israel, ultimately participating in the summits at Camp David and Taba. He then joined the office of the United Nations Special Coordinator for the Middle East Peace Process (UNSCO), where he worked on peacebuilding initiatives and played a lead role in marshaling and organizing international efforts to support Palestinian legal and political reforms. Dajani has continued since that time to work as a consultant on a variety of legal infrastructure development and conflict resolution projects in the Middle East and elsewhere – for institutions including the U.S. Department of State, the Norwegian Peacebuilding Resource Center (NOREF), and the Center for Humanitarian Dialogue.

Moderator Robert H. Mnookin is the Samuel Williston Professor of Law at Harvard Law School, the Director of the Harvard Negotiation Research Project and, for twenty-five years served as Chair of the Program on Negotiation at Harvard Law School. A leading scholar in the field of conflict resolution, Professor Mnookin has applied his interdisciplinary approach to negotiation and conflict resolution to a remarkable range of problems and has served as a consultant to governments, international agencies, major corporations and law firms. His work has included facilitation of various dialog processes among Israelis and Palestinians.