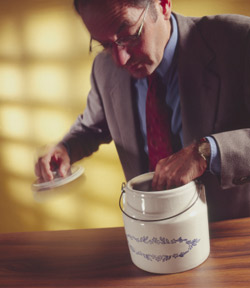 Adapted from “The Darker Side of Perspective Taking,” first published in the Negotiation newsletter, April 2007.

Many negotiation experts recommend that you try to take the other party’s perspective, particularly when attempting to resolve disputes. Research by Nicholas Epley of the University of Chicago and Eugene Caruso and Max Bazerman of Harvard University suggests a dark side to this seemingly sound negotiation advice. The researchers ran a series of experiments in which they asked participants to determine the fair division of a scarce resource. Half of the subjects (the “self-focused condition”) were asked how much would be fair for them to take. The other subjects (the “other-focused condition”) were asked to think about what would be fair for others to take and then to write down how much would be fair for each party (not just themselves) to take.

Consistent with prior research, those in the self-focused condition consistently thought it would be fair for them to take more of the scarce resource. Put more simply, thinking about your counterpart should make you less self-focused, which, presumably, has positive implications for the negotiation process.

Why? The researchers provide evidence that when we consider other people’s perspectives, we expect them to behave selfishly, which could cause us to counter by behaving more selfishly ourselves. “Care should be taken,” write the authors, “when suggesting that people should look beyond their own perspective, as those who look into the minds of others may not like what they see.” That’s not to say that you should ignore your counterpart’s perspective. But keep in mind that perspective taking can be difficult—and, when done poorly, can actually increase the risk of impasse.