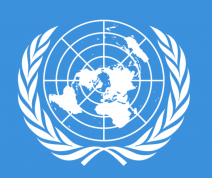 Science diplomacy elevates the role of science and technology in addressing global challenges. While science diplomacy has a long history of bringing nations together through sharing technological innovations, it has becoming increasingly important in the face of global pandemic, and as climate change and environmental hazards receive greater attention from the international community. Engaging in effective science diplomacy, is difficult.  Scientists don’t know much about the politics of global policymaking, while diplomats don’t have a very sophisticated understanding of science and the way scientific understandings are reached. Both need to learn more about the dynamics of science diplomacy.

This seven-party, eight role, mediated negotiation provides students with the opportunity to negotiate a multi-party agreement regarding a fictitious, potentially harmful substance called “Micronium.” Micronium-based products are an indispensable input into half a dozen important industries, ranging from food production, to medical technologies, to public transportation and cars, and even to housing insulation. However, it is only now becoming clear that careless disposal of Micronium has contaminated soil, freshwater, and ocean resources around the world. National scientific bodies in many countries have formally requested that their government take steps to manage the risks associated with Micronium. However, no country wants to go first. Moreover, the implied trade restrictions would have to be adjudicated through the World Trade Organization’s very slow review procedures, while the danger is already at a crisis level. There are no obvious Micronium substitutes and it is not clear whether effective risk management requires that production be completely halted — which would pose new risks in the medical field and might trigger a world-wide food crisis; or, whether Micronium production and applications should be allowed to continue, but with stringent global restrictions on how it is produced, distributed, used by industry and disposed.

The UN Secretary-General has appointed an Emergency Task Force to generate possible recommendations for action by the next full session of the General Assembly. The seven-member Task Force has been meeting in private for several months at the request of the Secretary General. The group includes various country representatives, highly knowledgeable scientific advisors, and relevant NGOs.  At this stage, the Secretary-General wants the Task Force to advise her on what the text ought to be of a motion that can be voted up or down by the General Assembly. Merely handing off the problem to one of the UN’s existing bodies is not acceptable. While it may take several years to draft a formal international treaty and create a new global regulatory regime, the Secretary-General wants the General Assembly to take a definitive stand one way or the other.

Major lessons in this simulation include:

Click here to preview the Managing the “Micronium Mess” simulation for free!