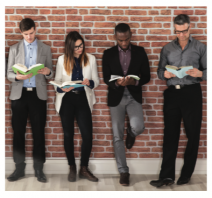 Salespeople and advertisers have come up with a range of persuasion strategies that help close deals, from alluding to a product’s popularity to prompting concessions by offering potential customers “free gifts.” These strategies and others have proven useful for business negotiators who are trying to shine the best light on their offers.

Another effective strategy can be to embed your pitch or offer within a story. When stories are engrossing and compelling, they can lead listeners to passively accept the storyteller’s arguments and opinions, past research has shown. In a new study, Northwestern University researchers Rebecca J. Krause and Derek D. Rucker sought to determine why storytelling can be such a successful persuasion strategy.

Thus, it seems that when what you’re offering in a negotiation is not particularly remarkable, you might be able to increase its appeal if you can describe it in the context of a compelling story. However, if you’re offering an amazing deal, it may be best to let the facts stand on their own. What if you’re the buyer? Be aware of the tendency to be overly swayed by so-so offers embedded in engrossing stories.