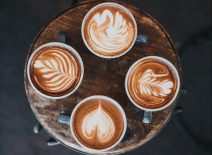 Should you make the first offer in a negotiation? What about multi-issue negotiations?

It’s not a trivial question. The negotiator who makes the first offer can powerfully anchor the discussion in her favor, research has found. In fact, the first offer accounts for between 50% and 85% of the variance in a negotiation’s final outcome, Adam D. Galinsky of Columbia Business School, Gillian Ku of London Business School, and Thomas Mussweiler of the University of Cologne found in a 2009 study. Yet an overly aggressive first offer can lead to an impasse, and it’s risky to make the first offer when you have little knowledge about the bargaining range.

In a study, researcher David D. Loschelder of Saarland University in Germany and his colleagues provide insight to help you maximize first offers in integrative negotiations.

The role of priorities

Should negotiators reveal their priorities across issues in their opening offers? Loschelder and his colleagues hypothesized that the answer to this question may sometimes be no. Consider a hiring negotiation in which salary, health insurance, and vacation days are on the table. If the job candidate asks for $90,000, premium health insurance, and 30 vacation days, this ambitious offer likely would anchor the discussion and give the job seeker an advantage.

In this manner, the strategy of revealing one’s priorities to identify tradeoffs could backfire if deployed at the very beginning of a negotiation.

In three experiments, Loschelder and his team found some support for their theory, depending on the offer recipient’s motives.

In one of the experiments, for example, participants were paired off and randomly assigned to the role of either buyer or seller in a hypothetical negotiation over the sale of a café. Three issues were at stake in the negotiation, which could last up to 30 minutes: the transfer fee, the price of coffee beans, and the price of the café’s furniture. The transfer fee was a distributive issue in which gains for one party came at the other party’s expense. By contrast, the parties had the potential to make integrative tradeoffs across the issues of coffee beans and furniture to reach a win-win deal.

Half of the participants were randomly assigned to make the first offer. Some of those “first movers” were encouraged to reveal which issues were most important to them in their opening offer; the rest were discouraged from revealing their priorities.

The researchers also manipulated the social motives of recipients of first offers—namely, whether they were motivated either to look out only for themselves or to maximize both parties’ outcomes. Participants in the “proself” condition were given financial incentives to maximize their individual profits, while those in the “prosocial” condition were told they could earn additional cash by maximizing both parties’ profits.

Overall, the study results suggest that it’s wise to make the first offer in integrative negotiations. However, you may want to wait to reveal your priorities across those issues until later in the process, particularly if you are negotiating with someone who you believe has little concern about your outcomes.

By contrast, if you are negotiating with someone who you believe is unlikely to exploit you and who wants you to get a good deal, you should feel more comfortable identifying your priorities in your first offer with the hope of pinpointing mutually beneficial tradeoffs.

What’s your opinion, do you think you should make stronger first offers in multi-issue negotiations?