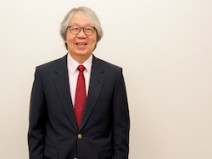 The Program on Negotiation, an inter-university consortium of Harvard, MIT, and Tufts, and Harvard’s Future of Diplomacy Project have named Ambassador Tommy Koh of Singapore the recipient of the 2014 Great Negotiator Award. In public events at Harvard planned for the afternoon of Thursday, April 10, 2014 (details available here), participants will honor Koh’s distinguished career contributions to the fields of negotiation and dispute resolution, especially his leading roles in challenging settings, from the Law of the Sea and the “Rio” Earth Summit to the ASEAN Charter and the Singapore-U.S. Free Trade Agreement.

Co-chairing the event will be Harvard Business School Professor James K. Sebenius, Vice Chair of the Program on Negotiation, and Harvard Kennedy School Professor Nicholas Burns, Faculty Director, Future of Diplomacy Project. Sebenius and Burns jointly stated that “In honoring Ambassador Koh, we have the unique opportunity to learn from one of the world’s leaders in the practice of large-scale, multiparty conference diplomacy—a complex form of negotiation that will be increasingly needed to forge effective collective responses to a range of global problems in areas such as the environment, trade, public health, finance, development, national security, and terrorism.” To read more on Ambassdor Koh’s achievements, please click here for a paper by Professor Sebenius and Laurence A. Green.

Over their careers, Great Negotiator awardees have typically negotiated against great odds in different settings to accomplish worthy purposes. By discussing the successes (and failures) of this distinguished group of men and women from varied backgrounds, the events associated with the Great Negotiator Award seek to uncover broader lessons and generalizations about effective negotiation and dispute resolution in public and private settings.

Since 2001, past awards have honored:
• Senator George Mitchell’s work in Northern Ireland leading to the Good Friday Accords;
• Special Trade Representative Charlene Barshefsky’s negotiations with China over intellectual property rights;
• The efforts of Lakhdar Brahimi, Special Representative of the U.N. Secretary General, to forge a post-conflict government in Afghanistan;
• Ambassador Richard Holbrooke’s negotiations leading to the Dayton Agreement that ended the Bosnian war, as well as his multiparty efforts to deal with unpaid U.S. dues to the United Nations;
• The Honorable Stuart Eizenstat’s negotiations over Holocaust-era assets in various European countries;
• U.N. High Commissioner for Refugees Sadako Ogata’s quiet negotiations on behalf of refugees and internally displaced persons in regions from Iraq to the Balkans to Rwanda;
• Bruce Wasserstein’s financial dealmaking at Lazard and elsewhere;
• The complex negotiations by artists Christo and Jeanne-Claude to erect massive, controversial installations from the Running Fence in California to The Gates in New York City’s Central Park, and wrapping Paris’s Pont Neuf and the German Reichstag;
• Former Finnish President Martti Ahtisaari’s negotiation efforts leading to Kosovo’s independence and the resolution of a decades-long, bloody conflict between the government of Indonesia and the province of Aceh;
• And, most recently, former U.S. Secretary of State James A. Baker’s negotiations leading to the reunification of Germany within NATO, actions to forge the Gulf War coalition to eject Saddam Hussein from Kuwait, and diplomacy paving the road to the Madrid Conference.

While the Great Negotiator Award celebrates its recipients, its lasting impact derives from the research and teaching materials that have flowed directly from the Great Negotiator events. During a highly interactive process on the day of the event, interested faculty and students will probe in detail how the awardee has approached and overcome the most daunting barriers to agreement. In the following months, this same group will seek to crystallize what they will have learned. The resulting research and teaching materials, both in print and video, will enable others to use these insights throughout their negotiating careers. Hundreds of Harvard, MIT, and Tufts graduate students and executive program participants annually absorb insights resulting from the Great Negotiator Award process. Many universities around the world have also adopted these materials.

The Program on Negotiation is a dynamic inter-university consortium, founded over thirty years ago, dedicated to improving the theory and practice of negotiation and dispute resolution in a range of public and private settings.  Chaired by Professor Robert Mnookin of Harvard Law School, PON’s numerous faculty members are drawn from various professional schools and academic departments at Harvard University, MIT, Brandeis, and the Fletcher School of Law and Diplomacy of Tufts University. Professor Nicholas Burns founded and directs the Future of Diplomacy Project, a flourishing initiative launched in 2010 at the Harvard Kennedy School.  The Program on Negotiation and the Future of Diplomacy Project have jointly sponsored the last two Great Negotiator events, which honored Martti Ahtisaari and James Baker.

As the event approaches, more logistical and programmatic details will be forthcoming. In the interim, please contact Polly Hamlen, Senior Event Planner at the Program on Negotiation (617-496-9383, mhamlen@law.harvard.edu).