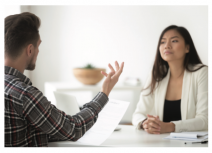 Imagine that you’re about to hire someone to provide a service—say, to repair your leaky roof, design a new website for your business, or cater a family event. When you receive a price quote, should you try to negotiate a better deal?

Conventional wisdom would answer with a resounding yes. Opening up price negotiations could very well end up reducing your costs. Even if it doesn’t, there’s no harm in asking, right?

In fact, there sometimes is harm in trying to negotiate better rates from service providers, write University of Pennsylvania professors Einav Hart and Maurice E. Schweitzer in a new article, “Getting to Less: When Negotiating Harms Post-Agreement Performance,” in the journal Organizational Behavior and Human Decision Processes. While negotiating may get you a better deal in the short run, it could backfire by reducing the service provider’s motivation to do a good job.

In a series of studies, Hart and Schweitzer assigned participants to play the role of an employee interacting with another participant playing the role of employer. (In fact, the “employer’s” statements were preplanned by the experimenters.) The “employees” then either (1) negotiated the fee they’d be paid to work on a subsequent task or (2) were told what they would be paid for that task, with no opportunity to negotiate their fee.

In one experiment, for example, some online participants in the role of service provider were told they would negotiate their rate with their counterpart. The researchers planned the counterpart’s responses so that the negotiation would end with an offer equivalent to $5. Other participants playing the service provider were told during an online chat with their counterpart that they would be paid $5 and were not given a chance to negotiate.

Next, participants engaged in the (rather random) task they had been hired to do: counting instances of the letter e in up to 100 strings of letters. They had seven minutes to engage in the task but were told they could stop at any time. The results showed that those who had negotiated their wage completed 24.7 strings of letters accurately, on average, whereas those who had not negotiated their wage completed 34.2 strings accurately.

In this and Hart and Schweitzer’s other experiments, participants who negotiated their wage were less productive workers than those who did not negotiate, even when both groups earned the same amount of money. This turned out to be because employees who negotiated perceived greater conflict in their interactions with their employer. Negotiating led the employees to view the relationship as adversarial; as a result, they didn’t work as hard or as well.

Hart and Schweitzer found that employees who negotiated their wage showed less motivation on other “work,” including an essay-writing task. Negotiation also reduced task motivation when participants interacted face-to-face rather than online and when they negotiated multiple issues rather than just one.

In December 2018, the fashion brand Prada came under fire for including figurines resembling monkeys in blackface in the window of its New York store. Condemned widely on social media of racism, the company quickly removed the offending objects, issued an apology, and promised to make diversity a priority, reports Vanessa Friedman in the New York Times.

But the New York City Commission on Human Rights, a municipal law enforcement agency, didn’t trust the Milan-based company—which reportedly had no black employees working in its headquarters—to police itself. The commission launched an investigation and opened yearlong settlement talks with Prada that culminated in a deal signed on February 4. In the agreement, Prada promised to give internal sensitivity and racial-equity training to all its New York employees and executives in Milan, appoint a diversity and inclusion officer to review all the firm’s designs before they are sold in the United States, engage in financial and employment outreach with minority communities, and report to the commission on its progress toward these and other goals.

The final agreement reflected an unusual assertion of power over a global company by a municipal agency. While insisting it hadn’t meant to offend, Prada reportedly largely complied with the commission’s demands, eager to stay out of court and avoid further negative publicity. Fashion brands “will often do almost anything to avoid tarnishing their halo or upsetting the market,” writes Friedman. It’s evidence that when you’ve caused offense, capitulating to a negotiation counterpart’s demands can be the wisest move.

Surprisingly, Hart and Schweitzer’s study may be the first to compare the effects of negotiating versus not negotiating. It is also one of the few studies to look at how negotiators (and non-negotiators) behave after reaching an agreement—an important perspective, given that we often don’t know whether a service contract will pay off until months or even years later. When hiring someone to repair your roof, for example, you might think you got a great deal, but you won’t know for sure until you’ve made it through a couple of rainy seasons without any leaks.

The results of Hart and Schweitzer’s study suggest that haggling with service providers for lower rates can backfire by reducing their motivation to do a great job. Yet, in a follow-up experiment, “employers” who appeared friendly and interested in their counterparts were able to mitigate the demotivating effect of negotiation on employees. Thus, by showing concern for the other party and trying to build rapport, you may be able to get a great deal and ensure that those you’re hiring are sufficiently motivated.

Of course, industry norms also affect how service providers respond to attempts to negotiate their fees, note Hart and Schweitzer. In law, consulting, and certain other fields, no-negotiation policies are common; the service provider simply names their fee, and the prospective client takes it or leaves it. But in realms where some amount of haggling is typically expected (imagine a long-term marketing contract), a buyer who drives a hard bargain on price could offend the service provider—and reduce their motivation and performance over the long run.

When not to haggle

In their book Negotiation Genius: How to Overcome Obstacles and Achieve Brilliant Results at the Bargaining Table and Beyond (Bantam, 2007), Harvard Business School professors Deepak Malhotra and Max H. Bazerman write that trying to negotiate thin profit margins may get a long-term relationship off to a rocky start. They also list several other circumstances in which negotiation may not be worth the effort: