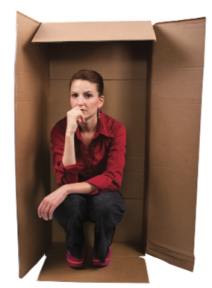 It’s a statement negotiators often dread, as it seems to leave us with a choice between two unappealing options: accept an offer we don’t like or walk away from the bargaining table. No matter which choice you make, an ultimatum appears to bring a negotiation to an abrupt stop.

Fortunately, however, there’s often a third and more effective option. But whether you are aware of that choice may depend on the mindset you bring to your negotiations, according to new research.

Whenever a counterpart draws a red line in the negotiation, declaring he or she won’t cross it, there’s often a better choice than taking the deal on the table or walking away, writes Harvard Business School professor Deepak Malhotra in his book Negotiating the Impossible: How to Break Deadlocks and Resolve Ugly Conflicts (Berrett-Koehler, 2016): Ignore it.

Why ignore an ultimatum? People often deliver ultimatums out of anger, frustration, or a desire to grab your attention rather than because they have no more bargaining room. At a later point in time, notes Malhotra, the other party may realize he has no choice but to negotiate further with you or to make a concession he said he’d never make.

Of course, the ultimatum—“Take it or leave it”—might be exactly what the other party means. What then? If your counterpart is truly delivering her best-and-final offer, she will continue to say so repeatedly, and it’ll become clear that you need to take the ultimatum seriously, according to Malhotra.

Ignoring or reframing an ultimatum can be a remarkably simple and effective way of moving beyond it. Yet many negotiators accept take-it-or-leave-it offers at face value: They reluctantly make additional concessions or walk away from the bargaining table.

Why do some people feel comfortable ignoring ultimatums while others feel compelled to adhere to them? Researchers Anyi Ma of Duke University, Yu Yang of Shanghai Tech University, and Krishna Savani of Singapore’s Nanyang Technological University examined this question in a new study published in the journal Organizational Behavior and Human Decision Processes. They began with research by Savani and others showing that some people have more of a “choice mindset” than others—that is, they are more likely than others to view people’s actions as choices and to overlook the situational constraints people may face. Some research has shown that having a choice mindset makes people judgmental of people who are disadvantaged: If you believe a person is the sum of his or her choices, then victim blaming becomes likely.

In the realm of negotiation, though, Ma, Yang, and Savani hypothesized that being in a choice mindset could have the positive effect of making negotiators skeptical of counterparts’ ultimatums. As a result, negotiators might be more likely to ignore ultimatums and continue to negotiate when presented with them.

Indeed, that is what Ma, Yang, and Savani found across multiple experiments conducted on participants in China, Singapore, and the United States. In one experiment conducted online, for example, they gave about 400 U.S. participants information about a simulated negotiation that they were told they would engage in with another participant. (In fact, the counterpart was not real but was a series of programmed responses.) Before the negotiation began, participants responded to questions that assessed how much choice they believed they had in the upcoming negotiation.

When the negotiation began, participants were asked to make the first offer. The first counteroffer they received included an ultimatum: “If you [don’t] accept this [offer] there’s really nothing more I can do.” If participants ignored this and subsequent ultimatums, and continued to bargain, the counterpart responded with concessions. The results showed that the stronger the choice mindset a participant had before negotiating, the more he or she persisted in the negotiation.

The research also showed that negotiators can be induced to have a choice mindset—by thinking about their own choices in life, their choices within or outside a particular negotiation, or their counterparts’ choices within a negotiation. Those who were encouraged to see the choices around them were more likely to ignore a counterpart’s ultimatum and continue negotiating. People who had a choice mindset left the negotiation with better options, the results show.

Overall, the research suggests that approaching negotiation with a choice mindset can keep us from being constrained by ultimatums. “Negotiators who wish to improve their negotiation performance may want to think about their own choices as well as their counterpart’s choices before going to the bargaining table and during the negotiation,” Ma, Yang, and Savani conclude. In addition, managers of negotiators might look for ways to promote a choice mindset among their negotiators—for example, by encouraging them during preparation sessions to think about their and the other side’s choices.

What if you think your counterpart would be angered if you ignored his ultimatum entirely? Or what if you would simply feel rude doing so?

There’s yet another effective way to respond, writes Deepak Malhotra in Negotiating the Impossible: “Rephrase the ultimatum as a non-ultimatum.” For example, if your counterpart says she has gone as low as she can on price, you might respond, “I understand that today, it would be difficult for you to lower your price. . . . ”

By reframing her rigid statement with a bit more flexibility—referring to “today” rather than “forever,” and “difficult” rather than “impossible”—you leave the door open to further negotiation on price at a later date.