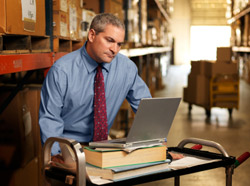 Adapted from “The Danger of ‘Take It or Leave It,’” by Ian Larkin (professor, Harvard Business School), first published in the Negotiation newsletter, January 2010.

Imagine that one of your organization’s suppliers, with whom you have been very happy, recently lost its only other big customer. Your contract comes up for renegotiation next month. You know the supplier can’t afford to lose your business. In fact, it faces bankruptcy if you don’t continue your relationship. You have a good idea of the supplier’s cost structure. Should you simply demand that it sell to you at cost, plus perhaps a small profit margin?

When you appear to have all the bargaining power, it’s tempting to make take-it-or-leave-it offers that appear reasonable. Many impartial observers would consider the offer you’re contemplating to be objectively fair, for example, because your supplier would not lose money and has little choice but to accept your terms. In other words, you have all the power in this negotiation, and it seems as if your supplier will realize this fact and accede to your proposal.

But you need to be cautious in situations such as this. In a seminal series of experiments, scholars have found that perceived fairness, not impartial analysis, often drives the behavior of the powerless party in such cases. In experiments using the “ultimatum game,” one person (“the proposer”) is endowed with a certain amount of money—say $10. She then must propose a split of the money to another person (“the responder”) who must either accept or reject the offer. If the responder rejects the offer, neither side gets any money. Economic analysis suggests the responder should accept any proposed split because a rejection would leave both parties with nothing. Recognizing this, the proposer should offer only a small amount of money to the responder, such as $1 out of $10.

Yet people behave very differently from this prediction. Well over half of responders who receive only a token offer from the proposer reject it. Also, proposers typically offer nearly 40% of the money, suggesting they recognize that responders are likely to reject small offers. Across cultures and even when substantial sums of money are at stake, the results do not change significantly.

As this research demonstrates, we often have strongly negative, emotional responses to proposals that leave us with very little of the value from a relationship, no matter how fair such offers are from a rational economic perspective. To avoid the emotional cost of accepting an offer that gives us very little, we often react self-destructively. For example, private equity companies report that retailers facing bankruptcy often choose to close their doors rather than accept a low offer that would leave the owners better off.

In your case, the supplier might reject your terms and risk bankruptcy rather than ceding almost all the value of the relationship to you. In short, just because you have all the power in your upcoming negotiation doesn’t mean you should squeeze all the value from your supplier. This is especially true if you have good relations with the supplier and want to work with the company in the future.

Of course, you’re certainly within your rights to request a price reduction from the supplier. When doing so, consider tried-and-true negotiation methods such as justifying your request and probing to learn your supplier’s interests—perhaps, for example, a long-term contract that frees it from its current threat.

No Responses to “When you have all the power”