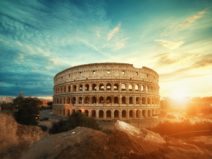 In group negotiation, turf battles—heated conflicts over territory, control, rights, or power—are common. Department heads clash over scarce resources. Companies, community groups, and governments get tied up in lawsuits over undeveloped land. Across the globe, fishing groups have depleted fish stocks in their rush to catch the biggest share for themselves.

Turf battles can arise over any type of scarce or sacred resource in a group negotiation. Often in such battles, two or more groups view the other(s) as the enemy and its own side as above reproach. When anticipating a group negotiation, we tend to view the other group as inferior to our group on many dimensions, including intelligence, competence, and trustworthiness, University of Hawaii professor Thomas A. Wills has found. In addition, groups in conflict tend to see the other’s positions as more extreme than they actually are.

When we focus exclusively on claiming as much of a seemingly scarce resource (such as land, money, or power) as we can, we tend to view the group negotiation as a competition, especially in a price negotiation. As a result, self-serving and unethical negotiation tactics are more likely, and collaboration and long-term thinking are in short supply. The belief that the pie of resources is fixed typically leaves value on the table.

The following three strategies can help us reach mutually beneficial outcomes in a business negotiation between groups.

1. Embrace a Shared Identity or Goal

When launching a group negotiation, discuss the overarching goal you share with members of the other group or groups. Budget negotiators from different departments might focus on the goal of fostering the organization’s long-term financial health through fiscally responsible decision making, for example.

Emphasize long-term rather than short-term concerns, cooperation rather than competition, and group discussions rather than private caucuses, recommends Cornell University professor Elizabeth A. Mannix. When parties discuss their constituencies’ needs, work to integrate these concerns with the needs and interests of other members of the organization.

Most of us have core values that we believe are nonnegotiable, such as our family’s welfare, our religious beliefs, our political views, or our personal moral code. For example, a negotiator might refuse to do business with a casino on moral grounds or might refuse to sell a family heirloom even when money is tight.

Turf wars can be particularly intractable when they center on issues that groups of negotiators consider to be sacred. But research suggests that many of the issues negotiators consider sacred are actually pseudo-sacred, a term coined by Harvard Business School professor Max H. Bazerman. That is, the issues are off-limits in some but not all conditions.

In a 2009 study by Ann E. Tenbrunsel of Notre Dame University and her colleagues, for example, pairs of negotiators who had a weak BATNA, or best alternative to a negotiated agreement, were more likely to reach agreement on a seemingly sacred issue as compared to those with a strong BATNA. When parties lacked power, they felt motivated to compromise on moral principles that they previously found nonnegotiable.

This suggests we may need to take a closer look at some of the issues we consider sacred. Before you dig in your heels in a group negotiation, thoroughly analyze the decision not to negotiate. Are there benefits you might gain from the group negotiation that could allow you to honor your principles in a different way?

In 1959, at the height of the Cold War, psychologist Charles Osgood devised the GRIT model, which stands for “the Graduated Reduction in Tension.” The goal of GRIT is to increase communication and trust between groups in order to de-escalate tensions and hostility.

In group negotiation, we sometimes think we should not make more than a single unreciprocated concession, lest we be perceived as weak and desperate. But at times, making multiple minor concessions may be the kind of attention-grabbing move that is needed to demonstrate goodwill and bring groups together.

What other advice do you have for resolving turf battles in group negotiation?

No Responses to “In Group Negotiation, Avoid a Turf Battle”